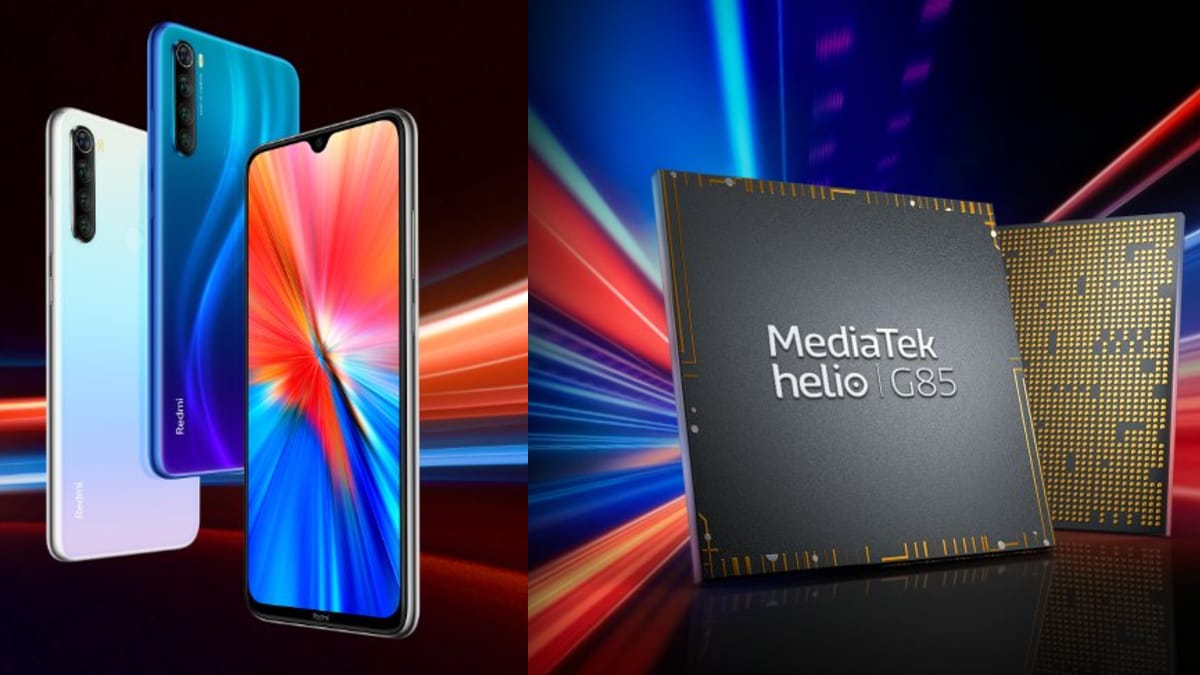 Xiaomi took to Twitter to reveal key specifications and design details of the Redmi Note 8 (2021) ahead of its global launch. The Redmi Note 8 (2021) is teased to have a waterdrop-style notch with thin bezels on three sides and a chin at the bottom. The phone will come in two gradient hues at the very least, in white and blue shades. There is a rear fingerprint sensor on board, as seen in the teaser, and the phone will feature a quad camera setup roughly positioned in the same manner as the 2019 Redmi Note 8.

The four cameras are placed one below the other in an elongated capsule-shaped camera module and the flash sits alongside. Teasers claim the Redmi Note 8 (2021) will have a 48-megapixel main camera in the quad camera setup. The phone is also teased to have a 6.3-inch display.

Most recent teaser of the Redmi Note 8 (2021) claims the phone will be powered by a MediaTek Helio G85 octa-core SoC. This is different than the 2019 model, which was powered by a Qualcomm Snapdragon 665 SoC. With so many teasers now rolling out, the launch seems to be very near.

The Redmi Note 8 (2021) will reportedly launch only in global, European Economic Area (EEA), and Russian markets. And will most likely skip the Indian market. Other leaked specifications include 4GB RAM, up to 128GB storage, 4,000mAh battery with 22.5W fast charging, and MIUI 12+ software.


Tasneem Akolawala is a Senior Reporter for Gadgets 360. Her reporting expertise encompasses smartphones, wearables, apps, social media, and the overall tech industry. She reports out of Mumbai, and also writes about the ups and downs in the Indian telecom sector. Tasneem can be reached on Twitter at @MuteRiot, and leads, tips, and releases can be sent to [email protected]
More