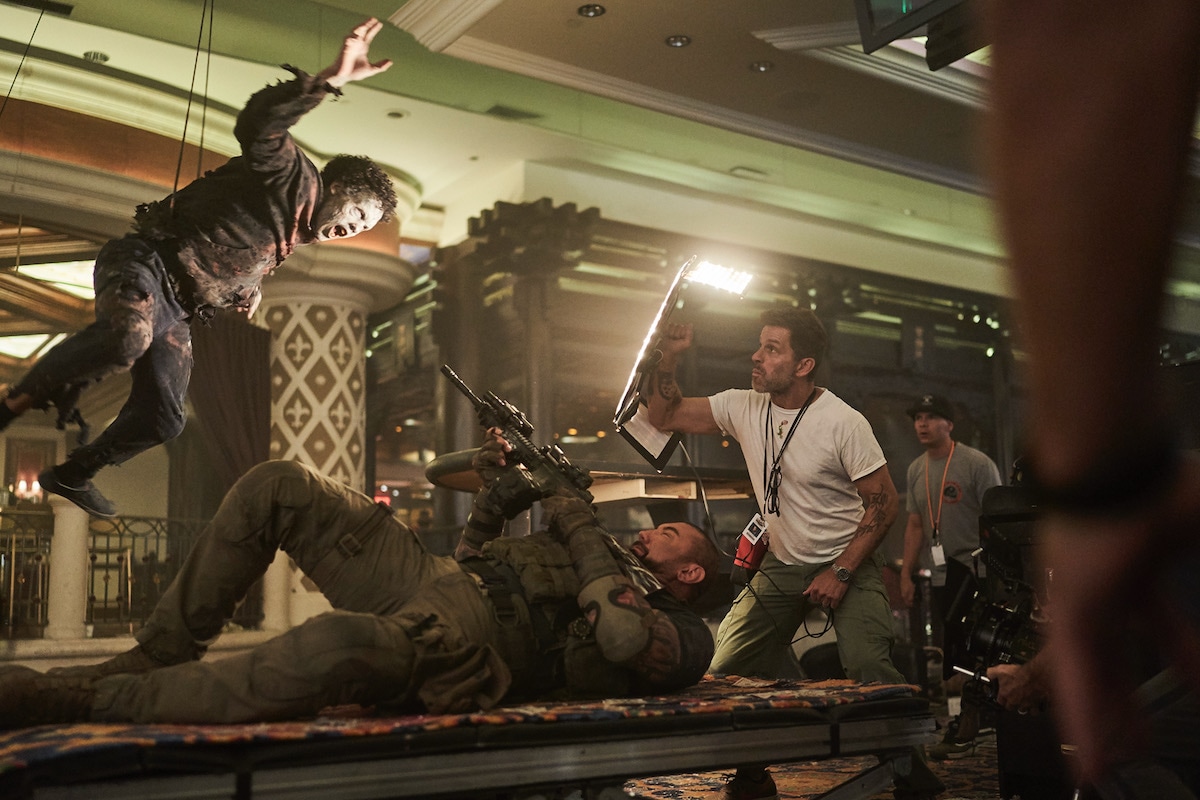 Army of the Dead 2 is ready to go — in Zack Snyder’s mind at the least. The Army of the Dead director and co-writer has revealed that he has an “insane” idea for a sequel that is “too crazy”, and that he would direct it “in a second” if Netflix said yes. Army of the Dead released last Friday, May 21 on the streaming service worldwide, and Netflix has yet to say anything officially on an Army of the Dead 2. But that’s not all Snyder has planned. He has finished a script for another “big, giant, crazy movie” and he’s “trying to get Netflix to agree to do it”. One thing is clear: Snyder is done with Warner Bros.

Spoilers ahead for Army of the Dead.

“Shay [Hatten, Army of the Dead co-writer] and I know exactly what happens next. And it’s insane” Snyder told Polygon. It will naturally follow Omari Hardwick’s character Vanderohe, who is revealed to be bitten at the end of the film, as he flies on a private jet to Mexico City. Snyder “absolutely” wants to sketch out that “what if?” moment. He added: “I’d make it in a second. What we have planned is too crazy. Once we knew Vanderohe was bit, and he’s going to Mexico City, I was like, ‘You know what’s gonna happen?’ And then I just went on a tear. And by the time it ended, Shay was like, ‘OK.’”

Review: Snyder’s Zombie Movie, Army of the Dead, Needs a Bullet to the Brain

Snyder also dropped further teases for an Army of the Dead sequel, pointing out that the film included a robot zombie (“How about the robot zombie? Did you catch those?”), and the Alpha zombie Zeus escapes from a shipping container with an address for Iran. “Like, is he some sort of covert bioweapon?” Snyder rhetorically asked. He is alluding to the feud between the US and Iran that was further fuelled during Donald Trump’s time as US President, who is hinted at to be the President during the events of Army of the Dead.

A potential Army of the Dead 2 might even expand on the throwaway time loop theory proposed by Vanderohe, who pointed to rotting corpses that looked a lot like them in the casino’s basement vault, suggesting that the billionaire Bly Tanaka (Hiroyuki Sanada) had them stuck doing the same job over and over. Of that, Snyder said: “I don’t know, what is the deal? Is Tanaka Devil or God, and we’re just pawns in some perverse play?”

Snyder has always been great at building hype for his movies, even for those that will never exist. In the wake of Justice League Snyder Cut, the director revealed his grand plan for a Justice League trilogy. But Warner Bros. has no intentions of giving Snyder control over any more DC movies, and hence his Justice League sequel ideas will only exist in text. That could also be the case with Army of the Dead 2, though given Netflix is already building a franchise with Snyder — there’s a prequel film in Army of Thieves, and a prequel anime in Army of the Dead: Lost Vegas — a sequel is much likelier here.

Or maybe Netflix might say yes first to Snyder’s other “big, giant, crazy movie”, whose script the Army of the Dead director revealed he had been working on for five years.

It’s Google I/O time this week on Orbital, the Gadgets 360 podcast, as we discuss Android 12, Wear OS, and more. Later (starting at 27:29), we jump over to Army of the Dead, Zack Snyder’s Netflix zombie heist movie. Orbital is available on Apple Podcasts, Google Podcasts, Spotify, Amazon Music and wherever you get your podcasts.